Robert Frank will visit GSPP on Monday, Jan. 27, from 3-5 pm in the Living Room to discuss his upcoming book, Under the Influence. The book will officially be for sale on Tuesday, Jan. 28 in stores. “After more than three decades, the public is finally beginning to grasp what a serious threat global warming poses. What’s missing from the climate conversation now is a plausible narrative about how we might parry this threat. Drawing on ideas from his recently published book, Under the Influence: Putting Peer Pressure to Work, Robert Frank explains why our ability to tap the prodigious power of behavioral contagion may make the path forward less daunting than many think.” Robert H. Frank is the Henrietta Johnson Louis Professor of Management and Professor of Economics at Cornell's Johnson Graduate School of Management. For more than a decade, his "Economic View" column appeared monthly in The New York Times. He received his BS in mathematics from Georgia Tech and then taught math and science for two years as a Peace Corps Volunteer in rural Nepal. He holds an MA in statistics and a Ph.D. in economics, both from the University of California at Berkeley. His papers have appeared in the American Economic Review, Econometrica, Journal of Political Economy, and other leading professional journals. His books have been translated into 23 languages, including Choosing the Right Pond, Passions Within Reason, Microeconomics and Behavior, Principles of Economics (with Ben Bernanke), Luxury Fever, What Price the Moral High Ground?, Falling Behind, The Economic Naturalist, The Darwin Economy, and Success and Luck. Please join us for light refreshments after the discussion at 4:30 pm.   Event website: click here. 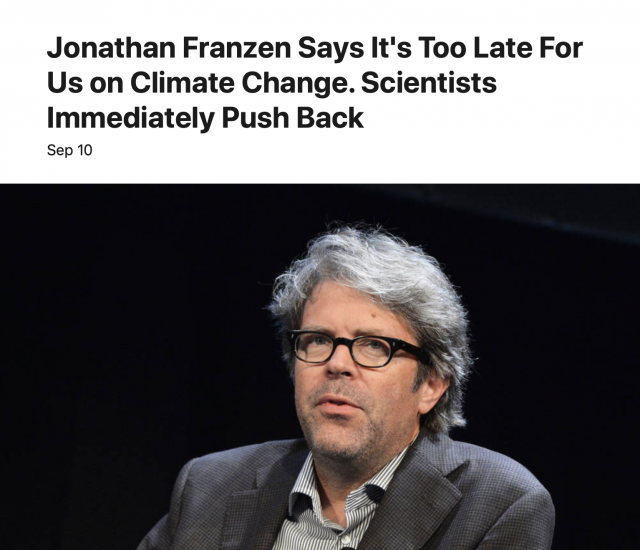 The climate apocalypse is coming and there's nothing we can do to stop it. At least that's the thesis of writer Jonathan Franzen, whose recent essay in The New Yorker, titled "What if We Stopped Pretending?," tapped into a fear about a climate apocalypse that many people are grappling with. But in the wake of Franzen's piece, published on the magazine's website Sunday, climate scientists, advocates and journalists quickly took to social media to pick apart his interpretation of the current scientific outlook, and his framing of the world's goal of reducing carbon emissions to the point of staving off global catastrophe, as practically impossible. Franzen writes:

The goal has been clear for thirty years, and despite earnest efforts we’ve made essentially no progress toward reaching it. Today, the scientific evidence verges on irrefutable. If you’re younger than sixty, you have a good chance of witnessing the radical destabilization of life on earth—massive crop failures, apocalyptic fires, imploding economies, epic flooding, hundreds of millions of refugees fleeing regions made uninhabitable by extreme heat or permanent drought. If you’re under thirty, you’re all but guaranteed to witness it.

Critics of the piece were quick to assert that Franzen's argument is based upon misreading reports from the Intergovernmental Panel on Climate Change and prominent scientific journals like Nature. A particular sticking point for some was Franzen's assertion that roughly two degrees Celsius of warming above preindustrial levels represents a tipping point that will push the Earth past the point of no return. Sean Hecht is the co-director of the Emmett Institute on Climate Change and the Environment at UCLA Law School:
Daniel Kammen, a UC Berkeley climate physicist and co-author of previous IPCC reports, who also served as science envoy for the U.S. Department of State under President Obama, says the reality is not that black and white. "No one has a precise year, has a precise number, that if you exceed this all hope is lost," he said. "That is just not the scientific fact." "It's just really unfortunate because it doesn't reflect any of the current science. It's as if he ignored the comments of the IPCC. reports," Kammen said. "This piece clearly got no fact checking." Franzen argues that in order to collectively make a go at averting all-out disaster, "The first condition is that every one of the world’s major polluting countries institute draconian conservation measures, shut down much of its energy and transportation infrastructure, and completely retool its economy." He adds: "Call me a pessimist or call me a humanist, but I don’t see human nature fundamentally changing anytime soon." But, Kammen says, it's far from a given that one-and-a-half or two-degrees of warming is unpreventable. "While the U.S. is ignoring this, the rest of the world is proceeding," Kammen said. And within the U.S., he pointed out, California, New York and New Mexico are making significant  progress in reducing greenhouse gases. With advances in electric vehicles, solar and wind power, and energy storage, Kammen said,  "the technology base to make it happen is there."
Franzen's essay does make a case for the benefits of reducing the world's carbon footprint. "Even if we can no longer hope to be saved from two degrees of warming," he wrote, "there’s still a strong practical and ethical case for reducing carbon emissions." Postponing what may be inevitable and mitigating the fallout of climate collapse are worthwhile pursuits, he says. As are investing in communities, local farming and conservation. But he also argues against putting all of our collective eggs (i.e., precious resources and hope) in a long-shot war against carbon when other, more addressable problems, such as water depletion and the overuse of pesticides, merit attention. Franzen writes that, "a false hope of salvation can be actively harmful." Personal initiatives like biking to work and voting green, he says, may lure the public into a state of "complacency." Instead, he argues, we should be preparing for life in a radically different -- and hotter -- future, where wildfires and floods persist and the threat of destabilization looms over civilization.
Doom and Gloom Some of Franzen's critics say the kind of apocalyptic rhetoric he employs can be dangerous. "All the discussions of doom and gloom have not led to change we need," said Rob Jackson, chair of Stanford University's Earth Systems Science Department. "It almost relieves us of responsibility. If an apocalypse is inevitable, why should I do anything to stave it off, to minimize it's effects? It reduces actions, rather than enhancing action." While Jackson says he thinks Franzen is correct to point out that we need to better prepare for a changing world, "We are not locked into a Mad Max world.” The fallout from climate change is on a continuum, he says, and "Every tenth of a degree matters. Every tenth of a degree increases the chances of runaway permafrost melt and methane release. Every tenth of a degree will increase the amount of ice melt and sea level rise we face over the next millennium." "We don't know where all the tipping points are. A two degree threshold is an arbitrary threshold. The farther we go, the more likely we make it that catastrophic things will happen." But Franzen is right that climate is an existential thread, Jackson said, "so we should vote and act like it." Not everyone thought Frazen's arguments were so off base. In an article published Monday by Mother Jones, Kevin Drum points out that while the use of renewable energy sources is on the rise — up from 19 to 22 percent of the world's energy capacity since 1990 — so is our dependence on fossil fuels. "All told, our reliance on fossil fuels has increased from 62 percent to 65 percent," Drum wrote. "We haven’t even managed to stabilize carbon emissions, let alone reduce them." But Drum continues:

Franzen’s prescription is wrong: we shouldn’t give up hope. Success is still possible, even if it’s hardly certain. However, his assessment of human nature is something to be taken seriously and it should illuminate the way we approach climate change. Working with human nature is far more likely to produce results than fighting it, and that means finding new ways to make green energy cheap and plentiful instead of fruitlessly pleading with people to use less of it. 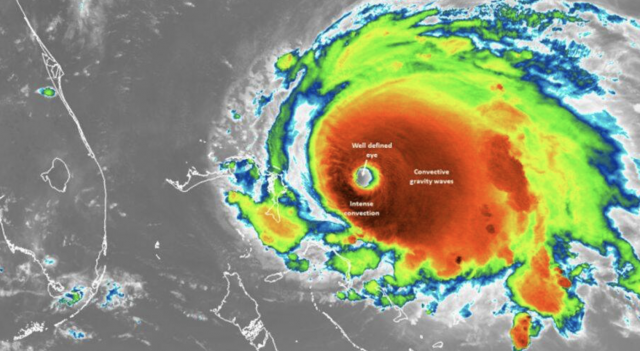 When the winds settled and the rains ended in New Bern, Blaney’s nearby offices were under 6 feet of water. Even worse: Nearly half of New Bern’s public housing stock – 108 buildings, all in a flood zone, out of 218 – was under water, too. Twelve buildings were damaged beyond repair. (A nearby public housing complex for seniors, located above the flood zones, was unscathed.)

“We didn’t know the destructive force of deep water,” said Blaney, the executive director of the Housing Authority of the City of New Bern. “It blew us away.

“All of a sudden, you’ve got 108 households that need to have a roof over their head.”

Hurricane season is underway – and storms that make landfall might further exacerbate the nation’s shortage of affordable housing, housing experts say. A new report by Harvard University’s Joint Center for Housing Studies said finding enough money to make housing sturdier and fix the damage done by increasingly frequent and severe storms is “an urgent housing challenge for the nation.” 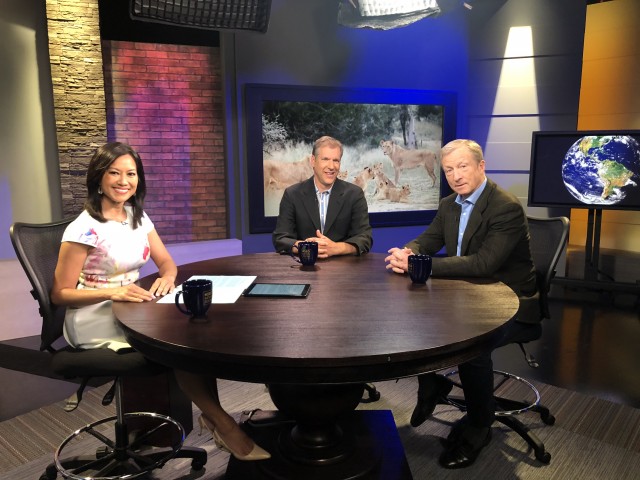 Or, here is the link: https://www.kqed.org/news/11746298/governor-gavin-newsom-uber-ipo-and-backlash-climate-change-and-biodiversity 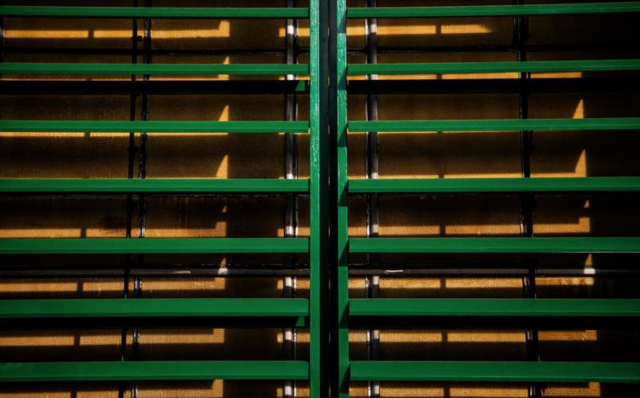 HUNTSVILLE, Ala. - At the end of a cul-de-sac called Fresh Way, two bright green structures the size of shipping containers gleam in the warm sunlight, quietly sucking from the air the carbon dioxide that is warming the planet. One structure houses computer monitors and controls. Atop the other, large fans draw air through slabs made of honeycomb-style ceramic cubes. The cubes hold proprietary chemicals that act like sponges, absorbing carbon dioxide at room temperature. Every 15 minutes, the slabs rotate and the cubes are heated, releasing a stream of 99 percent pure carbon dioxide into a shiny steel pipe.

Climate Change: What Should Cities Do? 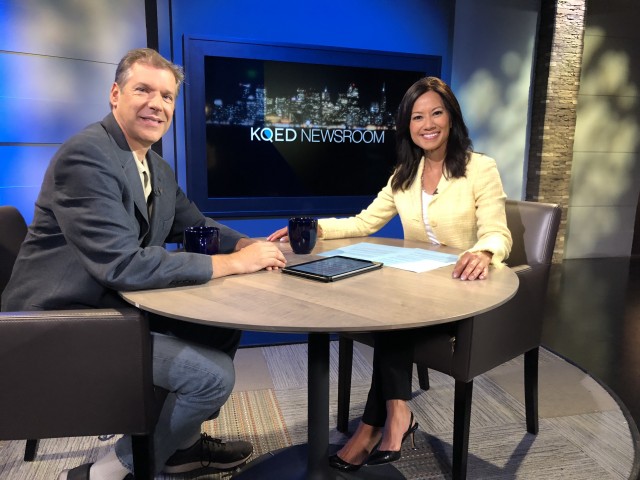 Climate Change Goals This week, a new United Nations report sounded the alarm over worldwide climate again, warning that the most severe effects of climate change -- increased flooding, drought, wildfires and heat waves -- could start being felt as early as 2040. To avoid these crises, global carbon emissions would need to be slashed by 45 percent by 2030, according to the report. We talk with UC Berkeley professor of energy Daniel Kammen about what can be done to reach that goal. The IPCC 1.5 Degree Report is the focus of the conversation.   To watch, click here: https://www.kqed.org/news/11698639/election-2018-climate-change-proposition-c 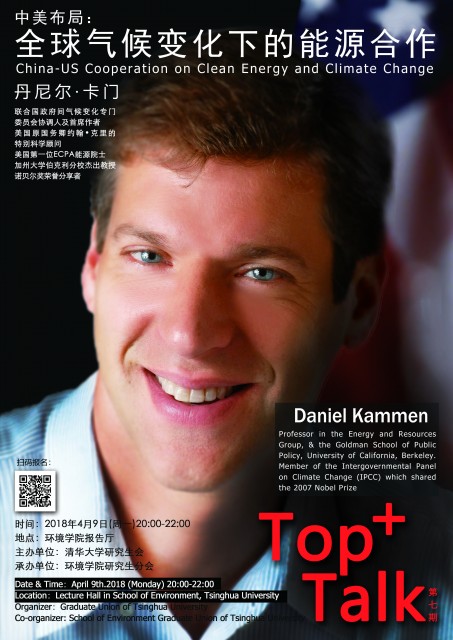 Declaration of the Health of People, Health of Planet and Our Responsibility Climate Change, Air Pollution and Health Workshop

Taking the Long View: The ‘Forever Legacy’ of Climate Change Climate change projections often focus on 2100. But the geological record shows that unless we rapidly reduce greenhouse gas emissions, we will be locking in drastic increases in temperatures and sea levels that will alter the earth not just for centuries, but for millennia.  By ROB WILDER AND DAN KAMMEN Click here to read directly on Yale Environment360. 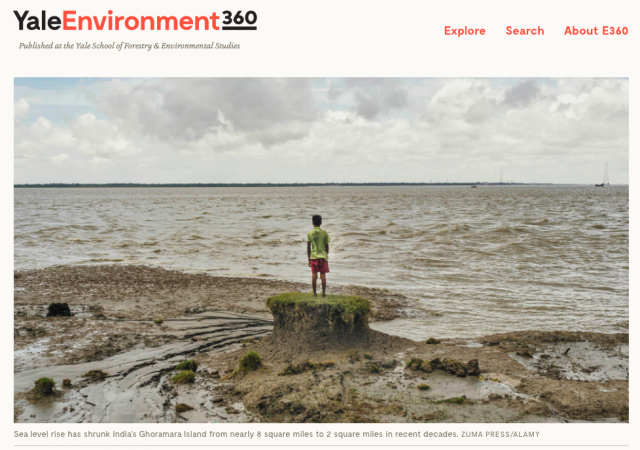