Kammen lectures at the Energy Policy Institute, University of Chicago

Date: April 13, 2015 5pm Location: Oriental Institute Museum Breasted Hall 1155 E 58th St Chicago IL, 60637 Renewable energy expert Daniel Kammen discusses prospects for energy sustainability and equality With 1.4 billion people lacking electricity to light their homes and provide other basic services, or to conduct business, and all of humanity (and particularly the poor) are in need of a decarbonized energy system can close the energy access gap and protect the global climate system.  With particular focus on addressing the energy needs of the underserved, we present an analytical framework informed by historical trends and contemporary technological, social, and institutional conditions that clarifies the heterogeneous continuum of centralized on-grid electricity, autonomous mini- or community grids, and distributed, individual energy services.  We find that the current day is a unique moment of innovation in decentralized energy networks based on super-efficient end-use technology and low-cost photovoltaics, supported by rapidly spreading information technology, particularly mobile phones. Collectively these disruptive technology systems could rapidly increase energy access, contributing to meeting the Millennium Development Goals for quality of life, while simultaneously driving action towards low-carbon, Earth-sustaining, energy systems.

Accelerating the rate of renewable energy deployment in Small Island Developing States is critical to reduce dependence on expensive fossil fuel imports and meet emissions reductions goals. Though many islands have now introduced policy measures to encourage RE development, the existing literature focuses on qualitative recommendations and has not sought to quantitatively evaluate and compare the impacts of policy interventions in the Caribbean. After compiling the first systematic database of RE policies implemented in 31 Caribbean islands from 2000 to 2018, we conduct an econometric analysis of the effectiveness of the following five policy interventions in  promoting the  deployment of  RE: investment incentives, tax  incentives, feed-in tariffs, net- metering and net-billing programs, and regulatory restructuring to allow market entry by independent power producers. Using a fixed effects model to control for unit heterogeneities between islands, we find evidence that net-metering/net-billing programs are strongly and positively correlated with increases in installed capacity of renewable energy - particularly solar PV. These findings suggest that the RE transition in the Caribbean can be advanced through policies targeting the adoption of small-scale, distributed photovoltaics.

Meet the Laos Energy Modeling and Policy Analysis (Undergraduate!) Team: The focus of this inter-disciplinary and inter-university research group is to develop sustainable energy, water, and land-use scenarios for Laos, and to work with local stake-holders on the costs and benefits for communities, the nation, and the regional commerce in energy, water, food, timber and other commodities. Aaditee Kudrimoti

Bio: Aaditee is a fourth-year at UC Berkeley studying political science and public policy with a concentration in energy, development, and international relations. Aaditeeis originally from Tucson, Arizona, where she began to develop an interest in international environmental affairs. At UC Berkeley, Aaditeeis working on projects in the political economy of Chinese development finance, rural electrification, and collective action. Aaditeehas become especially interested in how the rise of renewable technology is influencing energy diplomacy around the world. She hopes to pursue a career in academia and public policy and work on governance tools to build the bargaining capacity of LDCs against MNCs, foreign state-owned enterprises, etc. on the subject of FDI and other types of investment. She sees SWITCH-Laos as having the potential to serve as a critical tool in assisting the increase of the Lao people’s bargaining power over FDI in the energy sector and thus their autonomy in determining their own economic development. Outside school, Aaditee’s interests include dance, food journalism, and cooking.   Alex Lathem

Bio: Alex Lathem is a third-year undergraduate at Yale University. He is a physics major with several years of experience using programming languages, including Python SQL, C, and Bash, to analyze scientific data. Previous research projects Alex has worked on include astrometry of near-Earth asteroids and the creation of a Hubble curve through the analysis of Type Ia supernovae. Alex spent the summer of 2019 working on the SWITCH model for China, and is very excited to apply the skills he learned there to a version for Laos. Outside of research, Alex is also interested in music, video game design, linguistics, and history.   Ashley Yip

Bio: Ashley is a second-year undergraduate studying environmental science with an emphasis in global politics. She moved to New Mexico, where she developed an interest in environmental affairs. At UC Berkeley, she is involved in a pre-law association that helped her explore her interest in law and how she may integrate that into environmentalism. Off campus, she is working on a sex education reform project in Singapore with the Ministry of Education. She is constantly exploring the intersection between policy, education, and the environment. She hopes to return home to Singapore and pursue a career in international environmental policy or law within Southeast Asia. Ashley chose to work on SWITCH-Laos not only because greening ASEAN's economic development is essential to tackling climate change, but also because she is familiar with the demographic. She has done research in regards to both urban and rural agriculture in Asia and the US, and led research for environmental management in business operations. Outside of school, her interests include climbing, hiking, piano, and camper vans. Rachel Ng

Bio: Rachel is a second-year Environmental Science and Data Science major. A Singapore-native, Rachel describes that SWITCH-Laos extremely important to her because it is an important step towards the energy security of Southeast Asia. She believes that the sustainable electrification of Southeast Asia is key to regional grid stability and energy trade. She is pursuing SWITCH-Laos as critical in leading the way towards sustainable electrification. Rachel is interested in the intersectionality between climate change and community, exploring how community based issues caused by climate change can be alleviated through data. Furthermore, Rachel is currently concerned about equal access to education and volunteers weekly as a mentor to elementary school students. In the future, she hopes to return to Singapore and guide environmental change through creating an ecosystem of sustainable communities and businesses. Her hobbies include dance, rock climbing and water sports.

Please join us for a special joint Innovation, economics and policy in the energy revolution: Insights from the UK electricity transition and wider implications   Summary: This talk will outline both theory and practice of energy transition and decarbonisation, drawing on long experience in the UK which has been a battleground between different approaches to electricity regulation and the implications of decarbonisation – culminating in halving CO2 emissions from the sector from the levels in 1990. Innovation in both policy and technology has been fundamental to this.  Drawing on the book (joint with Profs Jean-Charles Hourcade and Karsten Neuhoff) Planetary Economics: Energy, Climate Change and The Three Domains of Sustainable Development, the talk will explain a broadened theoretical framework and show how this can reshape our view of both the economic and political dimensions of effective policy, including (but not confined to) to the energy transition.  The author will also present recent work on some implications of the approach for modelling of climate mitigation and the economic case for policy mixes. 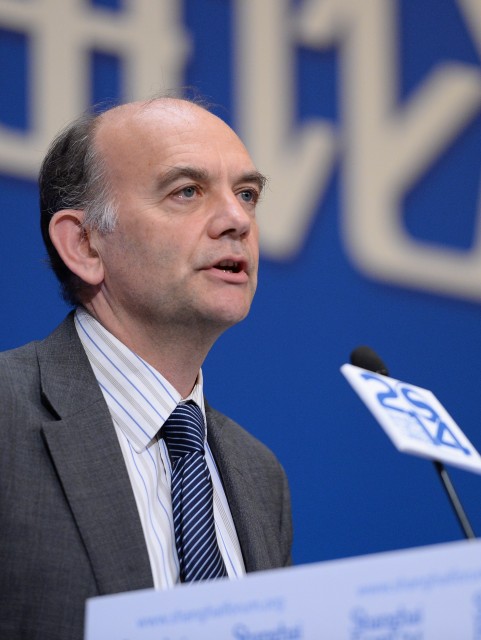 Open Lecture: The Science and Policy of Sustainable Energy

In collaboration with the Areces Foundation and the AEEE, Economics for Energy organizes an academic workshop devoted to the state-of-the-art analysis and debate on topics of interest for the center with a small number of presentations provided by leading researchers in the field. The workshop will take place on February 15th (from 10.00 to 13.30) and targets researchers in the fields of energy and environmental economics. Those interested in participating in the workshop should send an email to info@eforenergy.org. 19:00: Seminar by Daniel Kammen in Madrid: "Open Session: The Science and Policy of Sustainable Energy"

The energy challenge in sub-​​Saharan Africa: A guide for advocates and policy makers Part 1:

The Energy Challenge in Sub-​​Saharan Africa: A Guide for Advocates and Policy-​​Makers

“The Energy Challenge in Sub-Saharan Africa:

A Guide for Advocates and Policy-Makers”

Refreshments will be served   Efforts to address the energy challenges in sub-Saharan Africa have been animated by two main debates. First, what is the role for renewable energy sources versus fossil fuels in addressing the Region’s generation shortfall? Second, what is the role for centralized versus distributed generation capacity in addressing energy poverty? The U.S. is an established partner in many African countries and has played an important role in helping to shape the Region’s energy systems. Under the new Administration, energy issues will remain central to development efforts, and these same debates will continue to influence the Region’s energy future.   Please join Oxfam and the Renewable and Appropriate Energy Laboratory (RAEL) at the University of California Berkeley for the launch of two reports, each focusing on one of these debates. The launch will include a discussion with the authors of the reports who will share their expert perspectives and answer questions from the audience.   Who:   Renewable and Appropriate Energy Laboratory (RAEL); Science Envoy, U. S. State Department;   Where: J.W. Marriott Hotel - Washington, DC 1331 Pennsylvania Avenue, NW (Entrance on 14th Street, just off the corner of 14th Street and Pennsylvania Avenue)   Please RSVP so we can get an accurate head count by January 26 to Ladeene Freimuth at: ladeene@freimuthgroup.com. Oxfam America | +1 (202) 805 7459| Washington, DC www.oxfamamerica.org | facebook.com/oxfamamerica |twitter.com/oxfamamerica   _________________________________________________________________________________________ For those who cannot attend, the documents on energy access in sub-Saharan Africa, and on gaps in on-grid energy services and systems that will be presented at the release event will go live on 1/31 at the Oxfam Project website: https://www.oxfamamerica.org/explore/research-publications/the-energy-challenge-in-sub-saharan-africa/

November 10, 2015
Continuation of the U.S.’s historical pattern addressing energy problems only in times of crisis is unlikely to catalyze a transition to an energy system with fewer adverse social impacts. Instead, the U.S. needs to bolster support for energy innovation when the perceived urgency of energy-related problems appears to be receding. Because of the lags involved in both the energy system and the climate system, decarbonizing the economy will require extraordinary persistence over decades. This need for sustained commitment is in contrast to the last several decades, which have been marked by volatility and cycles of boom and bust.  In contrast to the often -repeated phrase that one should ‘never let a good crisis go to waste,’ the U.S. needs to most actively foster energy innovation when aspects of energy and climate problems appear to be improving. We describe the rationale for a ‘countercyclical’ approach to energy and climate policy, which involves pre-commitment t o a set of policies that go into effect once a set of trigger conditions are met.