Dan Kammen will lead  the RAEL lunch this week where we will focus on both materials science and operational innovations in energy storage, both focused on l0ng-term energy storage (a project we are doing with Prof. Sarah Kurtz at UC Merced, Prof. Noah Kittner at U. of North Carolina, and Prof. Patricia Hidalgo-Gonzalez of UC San Diego). We will also focus on the interactions of storage technology designs and markets, as highlighted in the reading for this session, the report we just issues with Accenture: You can read the report summary and download it here: click here. and for references the link is: https://www.accenture.com/us-en/insights/utilities/energy-storage-net-zero-path

September 28, 2020
Topic:
In looking ahead to entirely decarbonizing the electric generation system, there is a debate about the use of nuclear generation.  One school of thought argues that nuclear will be essential to successful decarbonization, while the other feels that this can be done entirely using renewable technologies, essentially wind and solar.  This research investigates the role and value of using nuclear generation in decarbonizing the electric generation system.  Along with generation, however, storage technologies will be needed.  This study also compares the value of using batteries (expensive but efficient) to the use of ammonia (quite inefficient, but very cheap per unit of energy).  Based on the Capacity Expansion Model, the study develops an analytical function to evaluate the marginal cost of carbon reduction under various scenarios of primary generation (with and without nuclear) and storage technologies (with batteries or with ammonia).  The behaviors of the generators and storage determine the different components of this equation.  Illustrating these behaviors gives us insight as to the role of nuclear and different types of storage in decarbonizing the system. 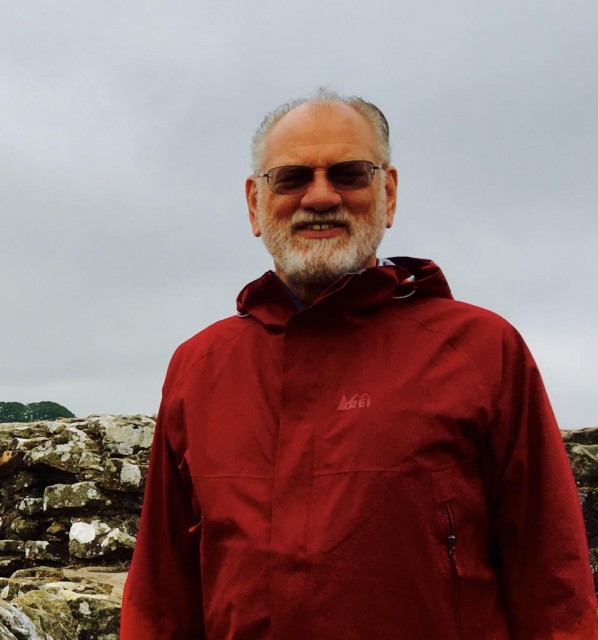 Biography:
Alan graduated from Stanford University in 1970 with a Master’s degree in geotechnical engineering.  As a civil engineer he worked in heavy construction in Alaska and Vietnam,  Peace Corps in Venezuela in dam design, and in the Bay Area in earthquake analysis.  He returned to Stanford and completed a PhD in Engineering Economic systems in 1983.  He joined Lawrence Livermore National Laboratory in 1987,  working  energy system economics, developing and applying modeling platforms to evaluate policies and technologies for energy generation and storage.  He was also active in risk analyses  for nuclear materials production and waste disposal.  He is currently retired, but continues to work in energy systems economics to better understand strategies for reducing carbon emissions from the energy system. 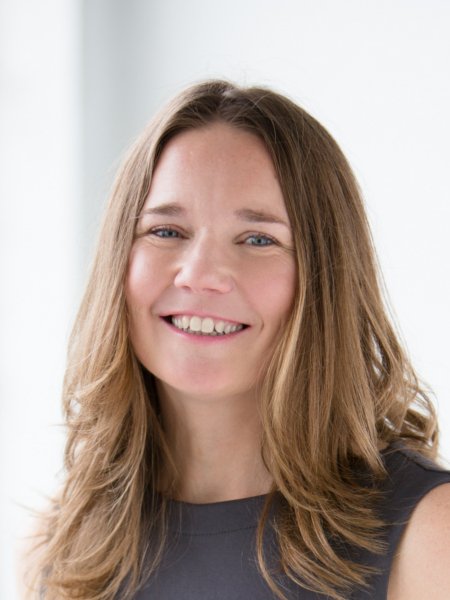 Sara is an architect who delved into distributed generation while developing fuel cell projects for Bloom Energy. She became interested in the energy industry in general, and specifically the regulatory and finance conditions that make markets more open to uptake of innovative technologies. While her focus is in energy, she is also interested in how other major infrastructure areas are similar and different with respect to technology uptake. Sara has a BA in Architecture from Berkeley.

This file is the Li+ energy storage data set in excel mode -- for open access use with attribution.

Energy storage deployment and innovation for the clean energy transition

Energy storage deployment and innovation for the clean energy transition

http://www.forbes.com/sites/jeffmcmahon/2015/04/21/china-electric-vehicle-to-grid-tech-could-solve-renewable-energy-storage-problem/ China could use an expected boom in electric vehicles to stabilize a grid that depends heavily on wind and solar energy, officials from an influential Chinese government planning agency said Monday in Washington D.C. “In the future we think the electricity vehicle could be the big contribution for power systems’ stability, reliability,” said Wang Zhongying, director of the China National Renewable Energy Center and deputy director general of the Energy Research Institute at China’s National Development and Reform Commission. The Chinese do not see the cost of renewable energy as a significant obstacle to its widespread adoption, Wang told a lunchtime gathering at Resources for the Future, a non-partisan environmental research organization in the Capitol. “The biggest challenge for renewable energy development is not economic issues, it is technical issues. Variability. Variability is the biggest issue for us,” said Wang, who explained variability like so: “When we have wind we have electricity; when we have sun we have electricity. No wind and no sun, no electricity.” But if the Chinese deploy enough electric vehicles—which could mean up to five million new electric vehicles in Beijing alone—the array of distributed batteries could collect energy when the sun is shining or the wind is blowing and feed it back to the grid when the skies are dark and the air is still. Wang directed a study released this week, the “China 2050 High Renewable Energy Penetration Scenario and Roadmap Study,”  which plots a route for China to drastically reduce reliance on coal, derive 85 percent of electricity from renewables, and cut greenhouse gas emissions 60 percent by mid-century . The study gets there by relying on what has become known as Vehicle-to-Grid technology, which has emerged as almost a surprise side effect of inexpensive solar panels and clean-energy policies in places like California and Germany. The Chinese have been watching the same developments, the report reveals, as clean energy experts in the West like Daniel Kammen, who described unexpected effects of the solar-energy boom last week in an appearance at the University of Chicago.

“Massive amounts of solar power coming online in California, in Bangladesh, in Germany, in Italy, has meant the world has been turned on its head,” Kammen said.

“Now in places with the greenest energy policies, there is a huge peak in afternoon power on the grid, exactly where power used to be the most expensive and the dirtiest,” he said. “We actually want people to charge up now in the late afternoon. It sounds very chaotic, it’s not what we thought at all, but in fact it represents what low-cost solar is now bringing to many parts of the world.” Electricity consumers can store this abundant afternoon energy until supply goes down and demand goes up and then sell it back to the grid. And if they own electric vehicles, they needn’t buy extra equipment to do so. “You can put a big battery in the basement of your home or business, but you can also have your electric vehicle, with its mobile storage system that you drive around and use as your car. They’re called Nissan Leafs, they’re called Chevy Volts, they’re called Teslas, they’re called Priuses, they have a variety of names. And now you can sell power back to the grid.” An electric car with a range of 250 km can store 40 kWh of electricity, Wang said. Five million of those cars could stabilize Beijing’s grid to counteract variations in wind and sun, he said, and the number of automobiles in Beijing is expected to blossom from six million now to 10 million by 2030. If the range of electric cars doubles to 500 km, he added, they will store enough electricity that only two million will be needed. The cost of electric vehicles—about $40,000 in China, according to Wang—remains a hurdle, but China may slash the price by subsidizing vehicle batteries. China’s High Renewable Energy Roadmap resembles several U.S. Dept. of Energy studies that have plotted the route for the U.S. to reduce greenhouse gas emissions more than 80 percent by 2050. The U.S. studies anticipate that solar and wind will provide half of U.S. power needs by 2050, using pumped hydro and compressed-air storage systems to offset variability. Bulk battery systems were deemed too expensive to be viable, said Samuel Baldwin, chief science officer in DOE’s Office of Energy Efficiency and Renewable Energy, but the U.S. studies did not anticipate the “distributed storage” option offered by electric vehicles. “I expect that battery storage like the Chinese study, with electric vehicles or stationary storage, is going to play a more important role,” Baldwin said.

It remains uncertain, however, how important a role it will play in China. The country’s first priority is economic development, said Li Junfeng, director general of China’s National Center for Climate Change Strategy and International Cooperation, also an arm of the National Development and Reform Commission.

By 2049, the centennial year of the People’s Republic of China, the Chinese want to achieve a standard of living comparable to the most developed countries.

“China wants to be among the developed countries by 2050,” Li said. “That’s the first priority.”

China’s High Renewable Energy Roadmap is a “visionary scenario,” according to Joanna Lewis, an associate professor of science, technology and international affairs at Georgetown University. But it remains to be seen whether China’s Politburu shares the vision of its National Development and Reform Commission.

The role of storage in the path to net zero

The path to net zero

The transition to a low-carbon sustainable future is underway. In the United States, specifically in the Western region, more states and utilities are setting ambitious clean energy and electricity targets. The shape the transition will take has yet to be determined. Energy storage has been tapped as one critical enabler, given its ability to level the variability of electricity production, which in turn can increase grid reliability and stability. In collaboration with the University of California, Berkeley’s Renewable & Appropriate Energy Laboratory’s (RAEL), we conducted a study to understand how the transition is unfolding in the Western U.S. region and, more specifically, the role of energy storage in providing flexibility to the grid. We used RAEL’s utility-sector operation and capacity expansion modeling capability (SWITCH), alongside our own research and energy storage experience, and assessed four scenarios to net zero in the Western Electricity Coordinating Council (WECC) region. 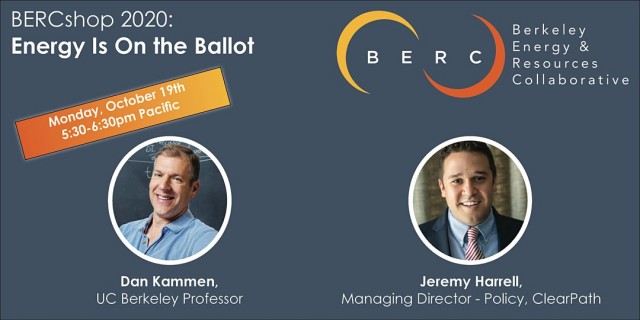 Dan Kammen is the Founding Director of the Renewable and Appropriate Energy Laboratory, and a professor in the Energy and Resources Group, the Goldman School, and the Department of Nuclear Engineering.  He served as Science Envoy in the Obama Administration,  and previously served as Chief Technical Specialist for Renewable Energy and Energy Efficiency at the World Bank. Jeremy Harrell is the Managing Director for Policy at ClearPath, whose mission is to develop and advance conservative policies that accelerate clean energy innovation. To advance that mission, we develop cutting-edge policy and collaborate with academics and industry. An entrepreneurial, young, strategic nonprofit, ClearPath (501(c)(3)) partners with in-house and external experts on nuclear, carbon capture, hydropower, natural gas, geothermal, energy storage and energy innovation to advance our mission. To register: click here.